Ever wanted to reenact Chief Brody’s famous line, “I think we’re gonna need a bigger boat?” Book a shark fishing charter on board the Fin Chaser, and you just might get that chance.

Just ask Jim A. and the boys. They said they wanted a big shark. But after a three-hour battle—involving all six anglers—culminating in a 16-foot, 612 pound beast, they might have questioned their request.

Shark fishing off the coast of Ocean City, Maryland begins in mid-May and continues through summer. The first to show in our waters are the thresher sharks, followed closely by the makos and blue sharks. All three of these species provide outstanding action and pull like a Mack truck.  Blue sharks can tip the scales at 200+ pounds, while makos and threshers regularly go 300+ pounds, providing enough gourmet steaks to feed a small army.

Usually by mid/late June, our summer sharks arrive. These include species like tiger, dusky, sand tiger, spinner, Atlantic sharpnose, and a few others. Many of these summer sharks require only a short run from our inlet for outstanding action. These trips are fun for everyone regardless of age or skill level, and they can be especially fun for junior anglers since the sharks are usually very visible and reasonably sized (25-50 pounds). However, you never know when that 300-pound sand tiger shark is gonna grab the hook, causing you to exclaim… well… you know. 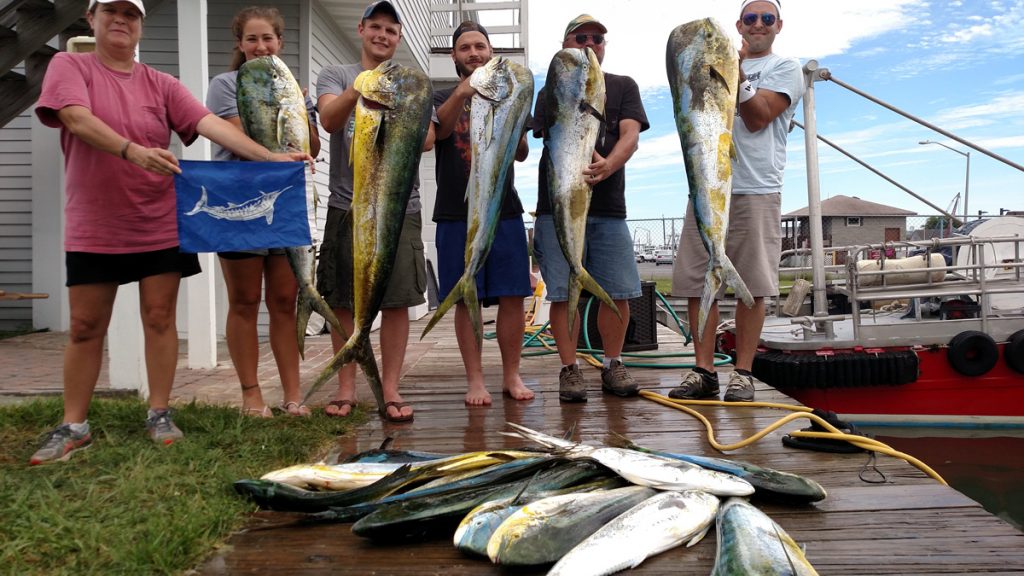 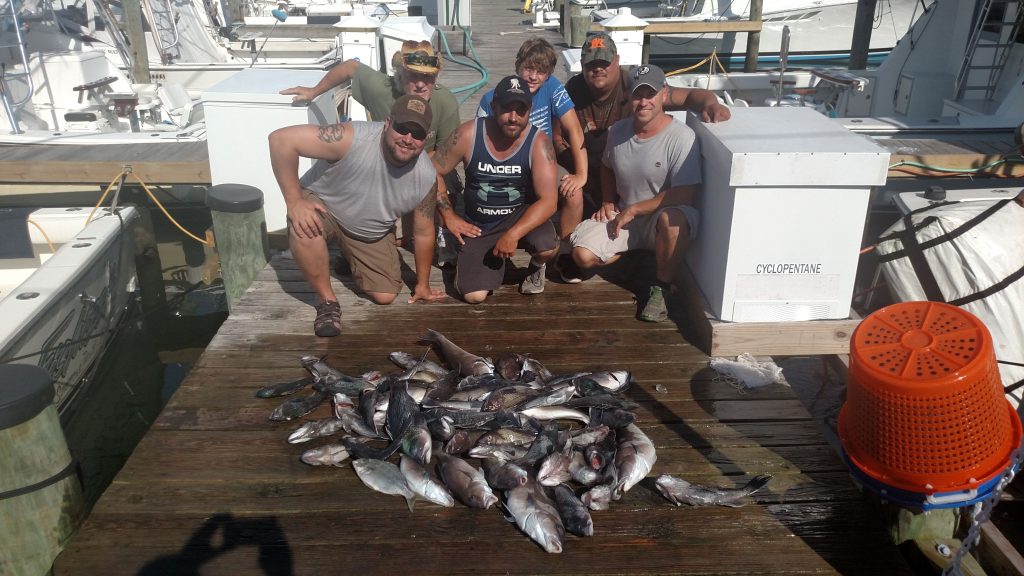